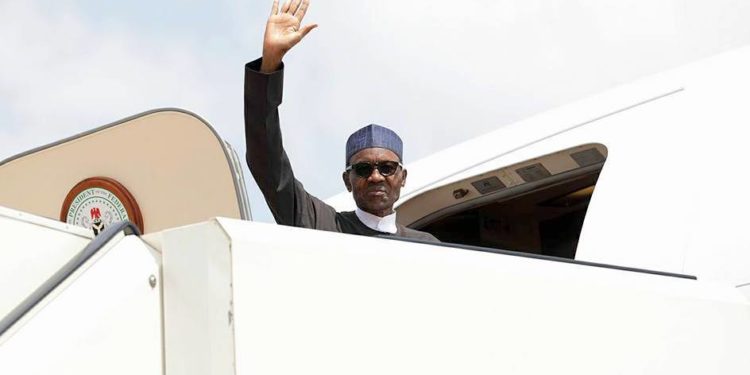 President Muhammadu Buhari left for London on Sunday night for follow-up medical consultation with his doctors.

His Special Adviser on Media and Publicity, Femi Adesina, disclosed this in Abuja on Sunday.

“He had planned to leave Sunday afternoon, but decided to tarry a bit, due to the arrival of 82 Chibok girls who arrived Abuja earlier in the day. The President wishes to assure all Nigerians that there is no cause for worry. He is very grateful for the prayers and good wishes of the people, and hopes they would continue to pray for the peace and unity of the nation,” Adesina said.

According to the presidential aide, the length of the President’s stay in London will be determined by the doctors, saying that government will continue to function normally under the able leadership of the Vice President.

“The length of the President’s stay in London will be determined by the doctors. Government will continue to function normally under the able leadership of the Vice President.”

“President Buhari has transmitted letters about the trip to the Senate and the House of Representatives, in compliance with Section 145 (1) of the 1999 Constitution,” he added.

President Buhari had travelled to London in January for a similar check up. He returned on 10 March, after 51 days.