Only on DStv: Battleground premieres on Africa Magic 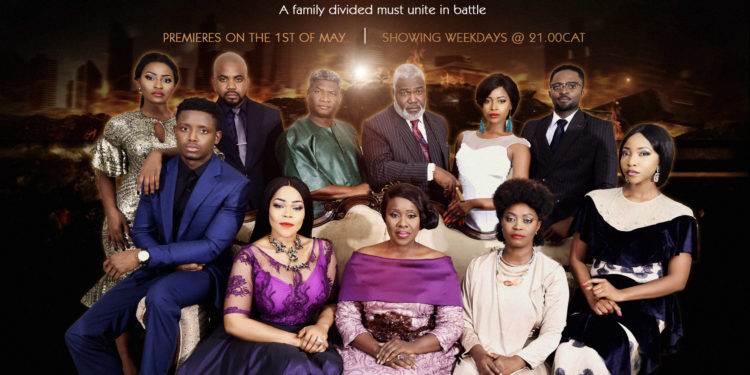 From the 1st of May, 2017, DStv viewers can catch the newest Nigerian telenovela, Battleground, showing exclusively on Africa Magic Showcase (DStv 151) every weeknight at 21:00 CAT.

Produced for Africa Magic by Ace Nigerian filmmaker and pioneer Tinsel producer, Mr. Femi Odugbemi, Battleground tells the intriguing story of the Bhadmus family and its patriarch Chief Kolade Bhadmus, a man whose desire for power, fame and influence leads to dire consequences for his family and business.

The Director, M-Net West Africa, Wangi Mba-Uzoukwu, said: “Battleground is an exciting new telenovela that shows how the combination of love, lust, greed and power ultimately results in a powerful story with different, ripple effects for everyone involved.”

Battleground follows the success of Africa Magic’s recently concluded telenovela Hush and the launch of new shows included the sitcom My Flatmates and Jemeji, another telenovela.

”Battleground is yet again another example of Africa Magic’s continued investment in the African film and television industry. The show features an ensemble cast that mixes established Nollywood actors and new, up and coming faces in the industry. I urge our viewers to tune in and catch this amazing show,” added Mba-Uzoukwu.

For more information on Battleground and other Africa Magic programming, please visit www.africamagic.tv

New Video- For You By Skales