Isiaka Adeleke’s Cause Of Death Yet Unknown – Family Says 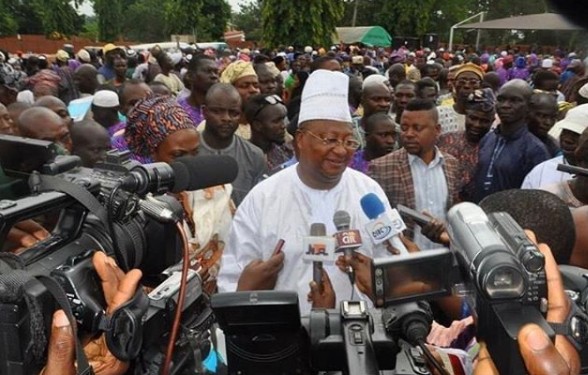 Daily Post reports the immediate younger brother of the deceased, Dr Deji Adeleke today (Wed. April 26th) explained that contrary to report, there is no any result so far on the outcome of the post mortem investigation, saying it would take between a week or two before the comprehensive result could be ready.

He said until the autopsy result is ready, the cause of death of the former governor remained practically unknown.

Adeleke added that the rationale behind the delay in the burial of his late elder brother, against the usual practice of Islam, which he practised while alive was to determine the immediate cause of his death medically and convincingly.

” Everybody knowns that my brother was a Muslim, and the reason why we delayed his burial for 24 hours was to have an analytical and comprehensive report of the cause of his death”.