A controversial painting depicting late South African leader, Nelson Mandela, in a somewhat tight angle with incumbent President Jacob Zuma has become a heated subject of the country locals and beyond. 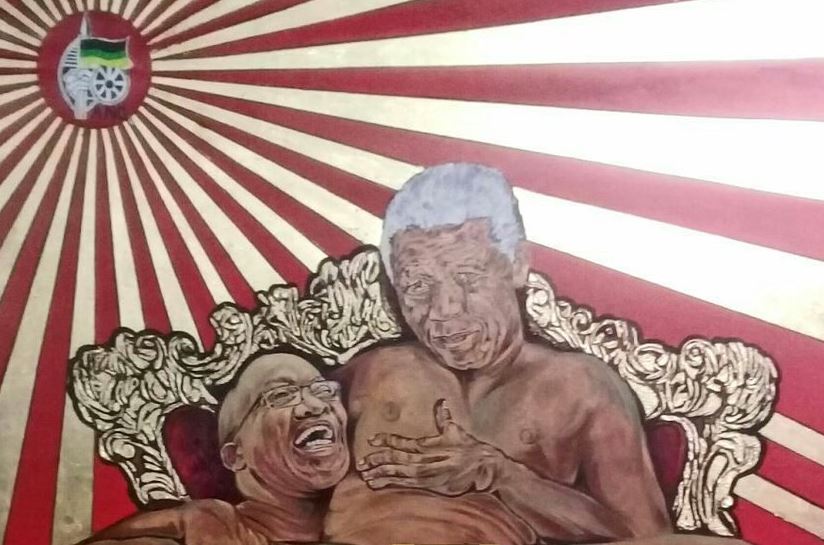 The Nelson Mandela Foundation has reportedly issued a statement on Thursday saying that while it respected the “right to freedom of expression” of the artist Ayanda Mabulu, it found the painting to be “distasteful.”

The governing African National Congress characterized the work as “grotesque, inflammatory and of bad taste,” while many social media users in the country have also reacted negatively to the work.

Mabulu has defended his work and called on other artists and the public to continue protesting until Zuma is forced to step down. “The rapist is continuing to do what he is good at…He is constantly molesting the country,” said Mabulu in comments reported by South African news site Times Live. “We need to go out and not march for a day, but for weeks and months until we kick him out and throw him in a rubbish dump.”

Whereas many South Africans on social media said Mabulu’s painting had gone too far, though some said it was a legitimate piece of artistic expression.