19 years old former Pakistan activist and youngest Nobel Prize Laureate, Malala Yousafzai has been award the United Nation messenger of peace.  It is the highest award given to citizens by the UN. 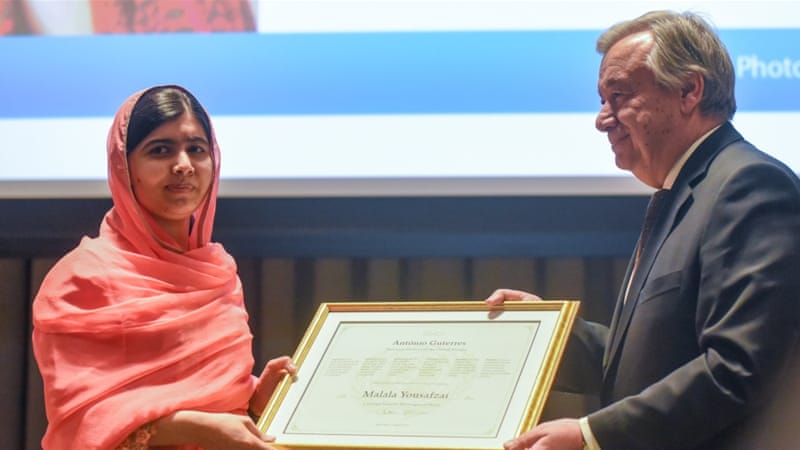 She has become the youngest person to ever receive this award. Other messengers have included Muhammad Ali, George Clooney, Michael Douglas, Leonardo DiCaprio, Stevie Wonder and Charlize Theron.

New Video- Why So Sorry By Aramide