Why I Chose Pyjamas For Bobrisky’s Party -Pretty Mike 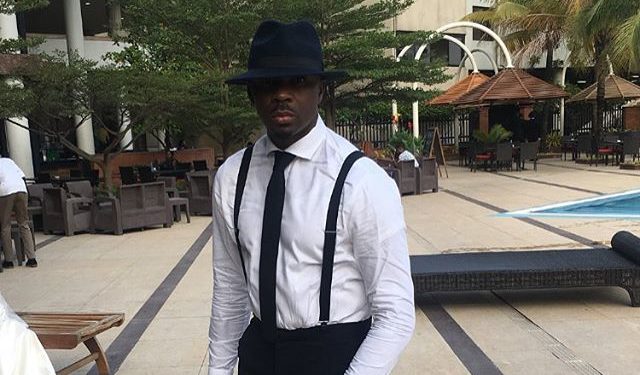 After  denying his bae-ship with Bobrisky, controversial Lagos big boy and club owner, Pretty Mike has again come out to defend his alleged acts regarding flower girls which accompanied him to Bobrisky’s house warming party.

Recall Mike was earlier arrested for placing ladies on dog leash and had signed an undertaking to never repeat such an act.

Pretty Mike however stepped out with some flower girls to the housewarming party organised by Bobrisky and has opened up on why he chose the new movement.

In a chat with Saturday Beats, Pretty Mike said: “My friend, Bobrisky, who is also a customer of mine at the club, invited me for his house warming and I felt I should go there in a grand style. What could have been a better way to go there than the way I did?”

The Lagos big boy who chose to appear in a bath robe to the event said: “Fashion is what you create out of it and how you carry it. Nowadays, you see celebrities especially in the US dress outrageously creative. They wear things that you would not normally think they would do but when they wear such, it becomes a trend.

“So for me, I felt there was no fashion book that states that bathrobes should not be worn in public. I strongly believe that fashion is what you make out of it. As long as there is no public nudity, anything can go.

“Some years ago, Don Jazzy, was wearing a pyjamas in public and it was all good. For me, it is all about fashion and it is what catches people’s attention and they talk about it.”