“I am sure he will stay” Neymar talks Messi’s Transfer 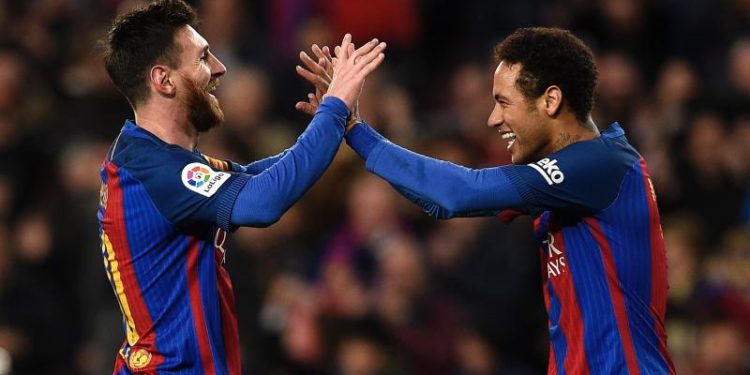 Barcelona forward Neymar has insisted he is “sure” team-mate Lionel Messi will agree a new contract at the Camp Nou.

Messi’s terms with the Blaugrana are set to expire at the end of the 2017-18 season, and speculation has gathered pace over a possible exit. However, in the aftermath of Barcelona’s stunning 6-1 win over Paris Saint-Germain on Wednesday in the UEFA Champions League, Neymar gave his thoughts on the matter.

“Messi is going to renew, that is for sure,” As noted in the report, Messi is said to have been offered an annual salary of €35 million (£30 million) in an attempt to keep him at the club.