The singer’s divorce from Venezuelan model Shannon was signed off by Judge Sarah Zabel in four minutes and 15 seconds on Monday (13Feb17). Neither Marc or Shannon attended the Miami court for the case, but the musician is said to have spoken to the judge in a brief telephone call.

According to Spanish entertainment show El Gordo y La Flaca, Marc has agreed to pay Shannon alimony of £289,747, unless she remarries before the end of the three years.

The former couple began legal proceedings to end their two-year union in December (16), and had been expected to sign off on the paperwork to make the split official in January (17), but the process was put on hold as lawyers for both parties failed to show for a court hearing in Miami. 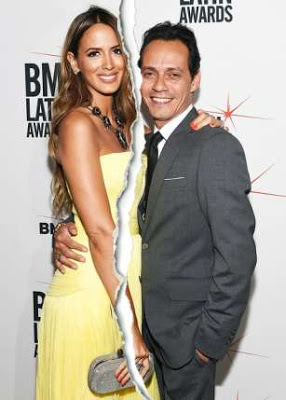 Marc was previously married to singer Jennifer Lopez, the mother of his eight-year-old twins Max and Emme, and former Miss Universe Dayanara Torres, with whom he shares teenage sons Cristian and Ryan. Marc is also dad to 22-year-old actress Ariana Anthony from his relationship with Debbie Rosado.

The 48-year-old is now said to have already moved on from the marriage with 21-year-old model Mariana Downing.

Shannon also appears to have moved on from the failed marriage after reuniting with her ex-boyfriend, actor Manuel ‘Coko’ Sosa – the father of her nine-year-old son Daniel. The former couple was spotted together at a concert in the Dominican Republic in December (16). The show was headlined by Enrique Iglesias, but featured a surprise appearance by Marc as he joined opening act Gente De Zona onstage.

Arsene Wenger; I will Manage Next Season ...

If Mugabe Dies, We will Feild His ...