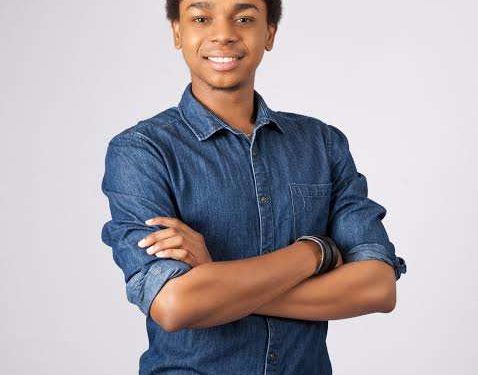 Former Big Brother Naija housemate Miyonse has revealed he lost his dad about the time he entered the house and he could not attend his burial. The former housemate has decided to spend Valentines day with his mother to thank her for all the support she has given him.

He revealed all these on twitter this morning and he also said the thought of his dad’s death threw him off his game in the Big Brother Naija house. 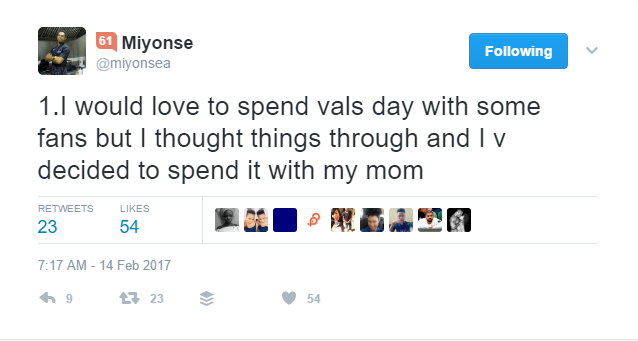 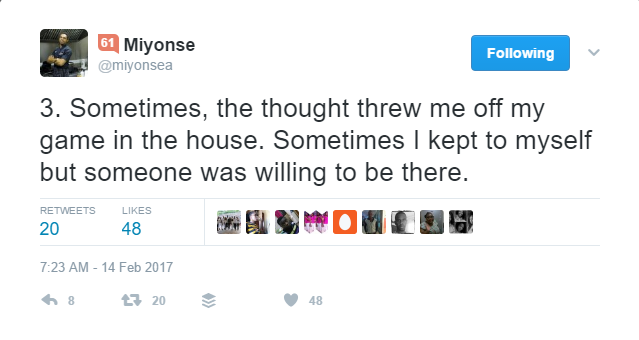