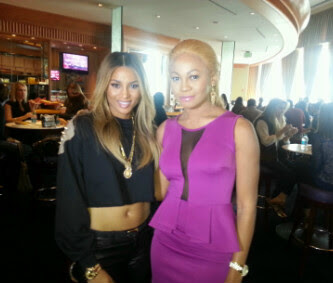 Adebimpe Susan Goldie Harvey  was last seen at the Grammys awards night on Sunday (Feb. 10th, 2013) by most of her fans, as her pictures surfaced online; as she graced the Staple Centers.

Right from the US, Goldie returned to Nigeria on this day (February 14th) , “full of life”, according to her best friend and partner, Denrele Edun. Shortly after her return to her Park View residence,  Goldie complained of a severe headache and was quickly rushed to her official hospital, Reddington, Victoria Island, Lagos, where doctors pronounced her dead on arrival, at 7:55PM (14th Feb 2013). Autopsy report confirmed she died from hypertensive heart disease. She was only 31 years of age by the time of her death.

Tributes started pouring, in effect to her demise, from her closed ones and fans who were pained by the shocking loss.

This great daughter of Ekiti recorded so many feats in her short but eventful lifetime. Our prayer is that God will grant the family and fans the fortitude to bear the irreparable loss -Dr. Kayode Fayemi, Ekiti former Governor

The former BBA star was laid to rest on February 25th, 2013 at The Vaults, Ikoyi, Lagos.

She is survived by her husband, father, step- mother and siblings.

GOLDIE: Closed eyes, heart not beating but a Living Love! I promise to carry on with our contagious smiles, The same one that would light up a room the minute you walked in. I promise to laugh and continue to never take myself too seriously, I promise to love harder and forgive faster. I promise to be content, in every sense of the word. To be thankful for the air in my lungs, and the EIGHT years I was blessed to know and understand you, OLUWABIMPE SUSAN GOLDIE HARVEY. I promise to try and have a bigger heart (larger than the one I already have) as you always told me to. To be selfless. To know what I have, and know what I can give to others who are not as fortunate. I promise to grieve that absence of your physical being for only a moment. And then I promise to set you free. I promise to never give up on others but when I get to breaking point, Kick their asses to d kerb as u always told me to! I promise to be a friend and a confidante as you were. To be a helping hand, a shoulder to cry on or a set of ears to simply listen… And I can promise you this… I have always promised to open my heart to you when I fall in love and when I fall apart. When I eventually get married and become a father (U always said I was excellent with Kids and I would spoil mine rotten). I promise to let you hear every giggle and feel every hug. To know every new heartache (Yes o, still the hopeless romantic that I am with recent heartbreaking stories that you would have loved to hear!). and let you be there for every triumphant moment… The most important promise I can make, despite all my excesses and Gemini madness, A promise that carries the equivalence of all the rest combined is this… I promise to make you proud….Heck yeah, World Domination is still our portion (I’m still working on everything we spoke about, pushing harder than ever, never relenting…) With all that I am, I love you everyday and now I will miss you everyday. RIP GOLDIE! 23:10:1981 – 14:02:2013.

Meanwhile Goldie had also talked about what she wants to be remembered for.

Susan Oluwabimpe “Goldie” Filani was born in Lagos and graduated from the University of Sunderland in 2007 with a BA in Business Management. She was married to Andrew Harvey, an engineer based in Malaysia, in 2005.

Harvey had won several African music awards including a Top Naija Music Award. She appeared on Big Brother Africa in 2012 which was her first TV appearance.

Goldie was an ambassador of ‘Project Alert on Violence Against Women’ and she had supported them in several ways.

After to her death, Goldie’s family members revealed she willed her property to charity.

Her properties was auctioned to the public on the 1st of May 2013 and the proceedings from the sale thereafter went to charity.

She died in Reddington Hospital, Lagos Island. According to reports, she was brought in dead at 7:55pm. 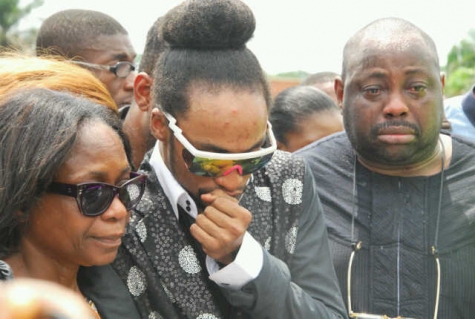 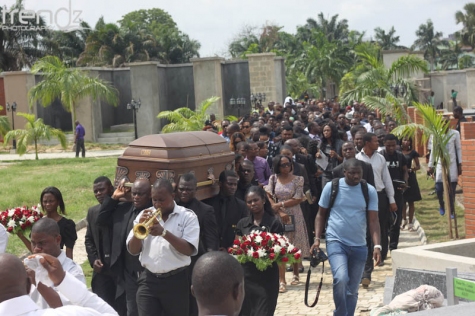