In UK, Nigerian Mum Who Gave Birth to Quadruplets on a Plane Can’t Pay Her £500,000 Bill 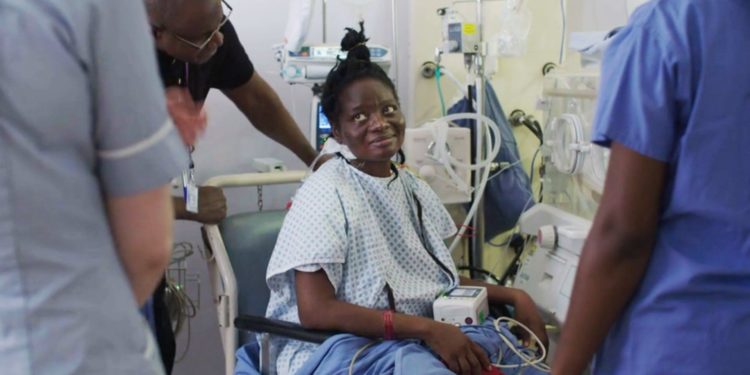 A pregnant woman who was turned away at the US border lost two of her babies after she went into labour during a flight to London, and is now unable to pay for the NHS care she received.

The Nigerian woman, known as Priscilla, 43, was six months pregnant with quadruplets after having IVF treatment, which has a higher likelihood of multiple births.

She said she wanted to give birth in America as she had family there – but she was not allowed into the country as she couldn’t provide proof that she was able to pay for her medical care.

Her contractions started as she was mid-flight from Chicago to Heathrow, and she was rushed to hospital as soon as it landed.

Tragically, one of her babies died immediately, while another, named Deborah, died a few days later.

Her two surviving children, Elijah and Esther, were so premature they have had to be looked after in neonatal intensive care at a cost of £20,000 a week.

The cost of her complex birth and continued treatment of the babies has already reached £500,000.

Priscilla admits that there’s no way she can pay the money back, even if she worked every day for the rest of her life.

She said she didn’t plan to give birth in London, as she had been travelling back to Nigeria via Heathrow when she went into Labour.

NHS hospitals are not able to turn away patients if their lives are in danger.