Check Out the Top Twitter Accounts of “Black” Users 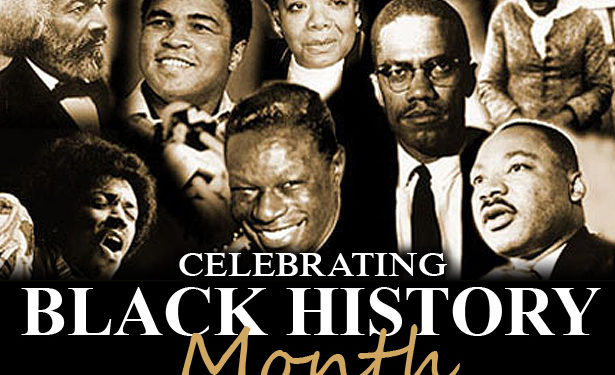 February is annually dedictated for the Black History Month in the US and Canada, to remember important people and events in the history of the African diaspora.

Over the time has golden people of our skin colour became prominent for their role in fighting out black right; staging a march either on streets or traditional media.

However, with the world taking a sharp turn to digital route, some African American have become notable for their creative show, and of that of boldness, on the pages of social media.

We take a look at these ones on Twitter, going by Baller Alert ratings -though in no particular order.

As a political commentator, not only will Angela Rye school idiots on CNN, she will also shut them down on Twitter. She is unapologetically black and #bornWoke, making her one of our faves people follow.

You can’t talk new gen activism without Deray’s name coming up. Not only was he one of the firsts on the ground in Ferguson, he has held Black people DOWN, even if it meant spending the night in jail. You can count on Deray to stay informed on all things blackness.

Jesse Williams has been a worthy follow for a long time, but his peak wokeness over the last few years made the world go crazy for him. He’s an activist, he’s an amazing speaker and he doesn’t shy away from educating those who are misinformed.

Not only is this former Ebony Magazine editor pro-black, she’s pro-black-woman, and she’s not afraid to show it proudly on Twitter. If you’re looking to follow someone who speaks their mind on all black issues, especially issues facing the black woman, Jamilah is a great start!

Marc Lamont Hill is so much more than a handsome face, for they also said he can be very rugged.

Like Deray, Johnetta “Netta” Elzie was one of the first people to take to Ferguson. She is always on the ground, doing major work for the Black Lives Matter movement and is a huge driving force in how the protests became so widely popular in the first place. You can consider Netta a civil rights activist or a freedom fighter. Either way, she’s very necessary.

Bomani Jones is one of my favorites. When he’s not talking sports and entertainment on ESPN, he’s on Twitter being the Woke black man America desperately needs. They love the fact that even though he has a huge platform, he doesn’t shy away from speaking on issues in the guise of political correctness.

Shaun King is a controversial follow. On one hand, many people can’t make sense of whether he’s truly black and some don’t know what to think of him. However, on the other hand, Shaun King is guaranteed to keep you well informed on the issues of black people across the country. He has a platform and he uses it to make sure you know what’s going on from every big city to small town. If you take interest in matters of the black community, Shaun King is an automatic follow.

Many of us have watched Reagan Gomez grow up from our beloved Zaria on The ParentHOOD. She’s still acting, a wonderful mother, happily married and WOKE WOKE WOKE! You have to love her! She’s well versed in all things Black and she isn’t afraid to speak her mind and interact with her followers. If you need a Woke person to follow, that is chill like a BFF, Reagan Gomez is right up your alley!

Rounding out our 10 Tweeters is Roland Martin. He’s always good for a nice conversation starter. His tweets are hilarious and though a lot of times they don’t agree with what he says, he is being 100% true to himself and what he believes in. That’s a quality that they always find admirable. His love for all things black is another admirable quality.