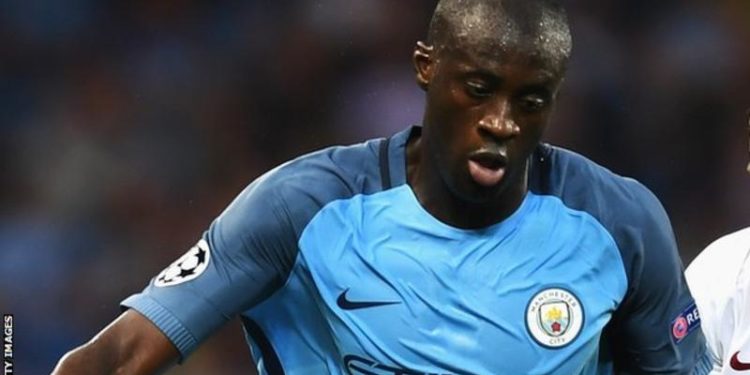 Manchester City manager Pep Guardiola says he will not pick Yaya Toure until he apologises to the club and his team-mates for comments made by his agent.

Toure, 33, has made one appearance for City this season and was left out of their Champions League squad.
His agent, Dimitri Seluk, said the midfielder had been “humiliated” and Guardiola should apologise to him if City do not win the competition.Guardiola said: “He must apologise. If he doesn’t, he won’t play.”The Spaniard also wants an apology from Seluk.

He said it had been a difficult decision to leave Toure out of his European squad.

“If he has a problem, he should speak to people at the club,” said Guardiola, who was Barcelona boss when Toure was sold to City in 2010.

He added Toure, who returned to training on Monday after a migraine, had not had the “courage” to call him.

Guardiola was speaking soon after Toure announced his international retirement.

Having made his debut for the Ivory Coast in 2004, Toure won 113 international caps, winning the Africa Cup of Nations in 2015.

“Writing this note was probably ‘the most difficult match of my life’,” he said in a statement.

“After 14 years at the highest level, I’m sure this is the right time for me.”

“He has trained a lot and he will be ready and be part of the group and compete with other central defenders to win his position,” said Guardiola.