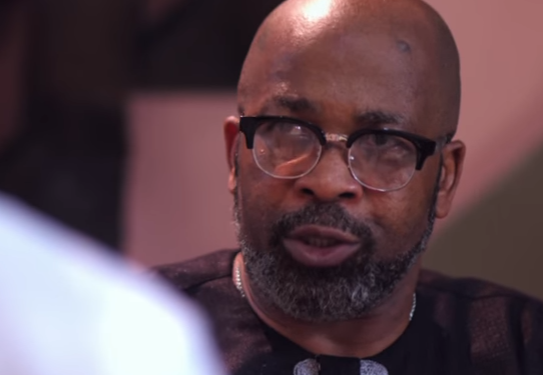 The launch started at 4 pm with Red Carpet where lots of celebrities came out for razzmatazz. Omobaba who was the master compere kicked off at 6 pm. Industry shakers, Adeniyi Johnson, Shaffy Bello, Uti Unwachukwu, Sunny Alli and Dotun Taylor other actors graced the occasion.

Mizz Spice, the only female singer who performed her hot single, Voltage at the event was really electrified with energetic display.

Lil Cash and Aaron Nuri, a saxophonist dazzled the guests.

Yinka Adewale’s brother, B Naira performed his new single. He stormed the stage with his crew, B N S Records. Yinka was styled by Hysh By Shade.

“The movie is about child abuse. Many people can’t voice out what they are going through. The movie teaches you what you can do. How you can go about it”, the producer of the movie, Yinka Adewale said.

Yinka Adewale had featured in Ransom produced by sexlover Oludipe.

The movie is from the stable of YAE Films.

Aside movie, she is also a talented model. She won Miss Sisi Eko 2011. She was the 2nd runner up Miss Olokun and 2nd runner up Face of Automobile respectively.