Julius Agwu In Coma…Misses Own Show In London 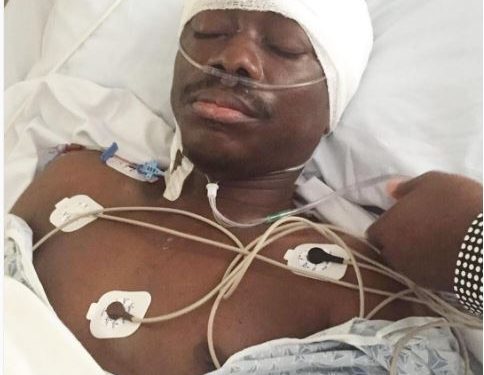 Indications are that, top Comedian, Julius Agwu, famously know as Julius The Genius is in coma in far away London where his annual comedy Show, Crack Ya Ribs was meant to hold.

Julius who flew in his other colleagues to participate in the show slipped into coma moments before the show and is being admitted at Lewisham Hospital on Saturday.

Although his manager refuted the claims, adding that it was a minor issue, but close sources are insisting that the Ikwere-born comedian has been battling ill health since after his brain surgery.

According to them, doctors are optimistic he’d gain consciousness, but as at the time of writing this report, tension is still high.

The show allegedly went on in the absence of Julius who was in a critical condition in the hospital, thanks to top comedian, Ali Baba who flew in from Paris, Gbenga Adeyinka, MC Abbey and other comedians who saved the day.