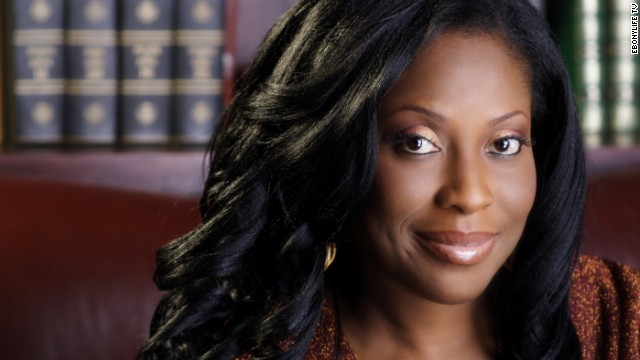 US based magazine, Business Insider has listed the Founder and Chairman of EbonyLife TV, Mosunmola Abudu often referred to as Mo Abudu among its inaugural 100 list of Creators.

The list which has Mark Zuckerberg, founder and CEO of Facebook topping the list as well as Virgin Group, Alibaba, IKEA, Apple, Amazon, Netflix, Google and Starbucks sees Mo Abudu taking the 56th position ahead of brands like Snapchat, Linkedin, Spotify, Zara and Uber and a host of others.

This makes Abudu the only African and African woman to make the list.

Reacting to the feat achieved, Mo took to her IG page and shared this: 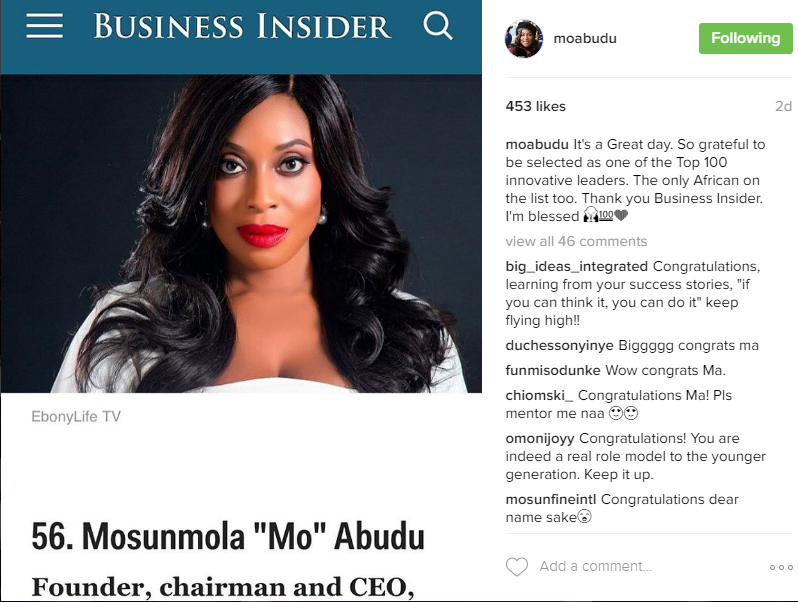 Described by Forbes as Africa’s most successful woman, Abudu’s journey into the entertainment industry is best described as unusual. After growing up in the UK, she returned to Nigeria in the early 1990s, working as the head of HR for ExxonMobil until 2000, when she left to launch her own HR consulting firm and, several years later, a hotel in Lagos as well.

In 2006, she decided to ditch the corporate world and break into TV. She started “Moments with Mo,” which became the first daily talk show televised across the African continent, featuring high-profile guests like Christine Lagarde, head of the International Monetary Fund, and Hillary Clinton, then the US Secretary of State.

In 2013, Abudu launched EbonyLife, where she produces a wide array of TV shows, from her own talk show to an African version of “Desperate Housewives,” which she landed in a deal with Disney. She has also inked content distribution deals with CBS and Netflix. The network now provides first-rate content to to 49 countries across Africa, as well as the UK and the Caribbean.