Co-founded of Death Row Records, Suge Knight Suge Knight has alleged that Dr Dre hired a hitman in an attempt to kill him.

The music promoter who has been in jail awaiting a murder trial relating to hit and run charges since January 2015 made the allegation through his attorneys in court documents.

Pitchfork are reporting that the documents contain allegations relating to Suge Knight’s shooting in August of 2014. Knight was shot six times at a party hosted by Chris Brown.

The new motion alleges that a man called ‘Tee-Money’ has confessed to the shooting, with a detective “informing Knight that the gunman stated that Dr. Dre paid him and a friend $50,000 to kill Knight.” 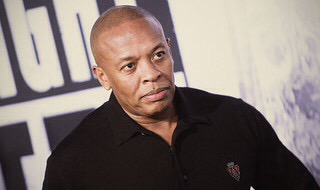 Knight alleges “a massive scandal and cover-up,” and has linked the scenario he alleges to his current status in solitary confinement, through which he’s only allowed to speak to his lawyers.

Dr Dre’s lawyers have called the allegation “ridiculous.” Knight can expect to face serious prison time if convicted of the allegations he currently faces.

50 Cent has previously said that Suge Knight wanted to kill Dr Dre in the 1990s. Speaking in March 2015, 50 said:
“Suge was gonna kill Dre.” Pretending to be Knight, 50 then said: “How do I keep him? Maybe I’ll give him Dre’s half. I don’t know. Something might have to happen to Dre.”