The mother of Grammy-winning pop star Bruno Mars has died in Hawaii.

Bernadette Hernandez died Saturday of a brain aneurysm, according to a publicist for Mars’ label, Atlantic Records, who spoke to The Associated Press on condition of anonymity because the person was not authorized to speak on the record.

Hernandez was 55 years old. She died in Honolulu at Queens Medical Center; no other information was given.

Mars, 27, is one of pop’s top acts with several No. 1 hits including his most recent, “When I Was Your Man.” His mother, a hula dancer and a singer who immigrated from the Philippines, nurtured her son’s interest in music at an early age. 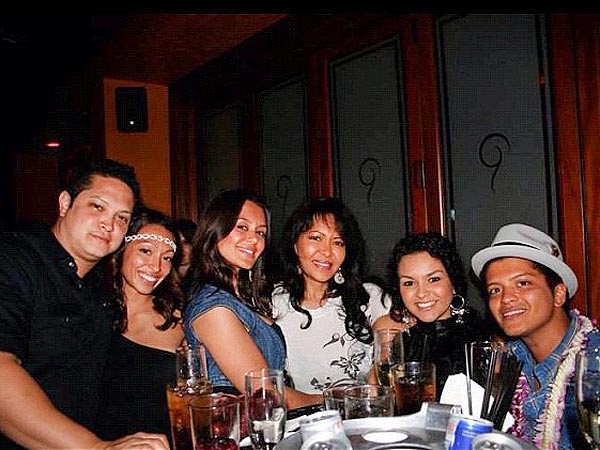 Bruno Mars with his family..