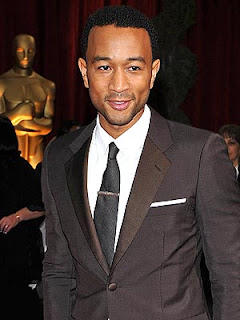 I planned to release the album this fall and go on tour to perform new songs from the album. We announced the dates before we’d finished the album because we were sure we’d finish the album in time. But, unfortunately, while the creative process has been exciting and I’m pretty certain we’re going to deliver the best album of my career so far, the timing hasn’t adhered to the schedule I originally envisioned. In other words, we’re not done with the album. And my team and I have made the agonizing decision to put off the tour until 2013 when we know we will have the new music done and will be ready to fully unveil the creative vision through the album and the live experience.

According to Legend, all efforts will be made to refund the purchased tickets. The concerts were set for New York, Los Angeles, Chicago and other major cities.
Legend, who appears on the recently released G.O.O.D music compilation Cruel Summer, is working with Kanye West on Love in the Future.
“Kanye is my friend and he’s never treated me like a jackass,” Legend said earlier this year, after Barack Obama called West a “jackass.” “He’s one of the most talented artists we know in this generation and I feel very fortunate to be able to work with him.”