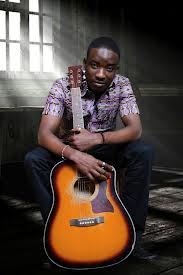 According to sources close to CEO of Square Records and Northside Entertainment, Jude ‘Engees’ Okoye, the deal was expected to be concluded in the “coming days”.

Bayo Adetu, publicist for Square Records, which features the talented music duo P-Square, is reported to have told a Nigerian magazine, Entertainment Today that their pursuit of Predy X was due to his versatile music talent.

Asked how they discovered Predy X, the Square label publicist was reported to have said that “a top producer” mentioned him in a discussion; therefore the management of the label assessed him and decided to give him a chance. Samuel Omane-Mensah aka Predy X, who is signed on to X Entertainment, is expected
to move his base to Nigeria to agree to terms of Square Records, with the latter keen on avoiding the same mistake that led to its separation with May D.

Currently, Predy X’s ‘Dance With My Baby’ is enjoying massive play in pubs and nightclubs in Nigeria and Ghana. The 25-year-old musician, a graduate of Ghana Institute of Journalism, is optimistic that the deal will materialize as soon as possible.

Video: First Look at Performers for One ...