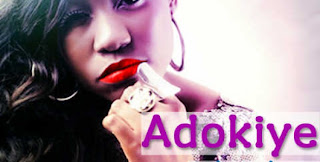 Music breathes life into any troubled soul but some people breathe life into music.Born Adokiye Kyrian to a christian family of Imo State in Oguta L.G.A and Ogu Bolo in Okrika L.G.A. of Rivers State, Nigeria. “ADOKIYE” as she is widely known is a singer and song writer whose musical style is deep rooted in the Afro-fusion genre of music. The Caritas University graduate of architecture started her musical journey at an early age, influenced by music icons such as Onyeka Onwenu, Aretha Franklin, King Sunny Ade, Lauryn Hill and Bob Marley. During her university days she was a member of a minor musical group called the “MASE” comprising of four young talents whose first name alphabets were coined to get the name “MASE”. Her exploits with the group contributed in exposing and sharpening her musical skills to a great extent which saw her gearing towards professional singing. Currently her two singles “Baby Baby” ft Olamide and “Kulumo Kulumo” ft Black 70 are testimonials to the fact that some people breathe life into music.