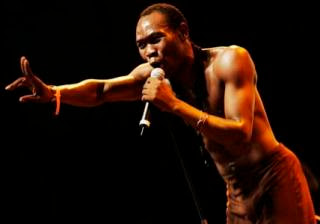 Music fans can't stop talking  about the thrilling performances of Nigerian music stars at  one of the most famous music festivals in the  world- the  South by Southwest (SXSW)  music festival which held  in the US recently.

The South by Southwest (SXSW) concert, which is one of the world's major international music platforms was staged before millions of excited fans in Austin, Texas between March 13th -18th, 2012.

Nigeria artistes 2face Idibia, M.I, Naeto C, Seun Kuti and Bez, joined other artistes from other parts of the globe to thrill the crowd at the globally renowned music fiesta.The promotion of African artistes on this year's edition was facilitated by Spinlet, Nigeria's digital music distribution service, whose daily business mantra is powerfully hinged on empowering, protecting and promoting music artistes and in the nation's music industry as a whole.

Mark Redguard, Chief Marketing Officer of Spinlet, is optimistic that platforms like the South by Southwest (SXSW) will further positively represent African music to the international world.

“We look forward to the day when Nigerian music and indeed African music as a whole, will not only take over the international music scene, but dominate it.”

“It's already happening; we're already seeing our local artistes representing impressively in international music forums and Spinlet is blazing a path in fully promoting and s
ustaining a music industry that will protect the rights of its artistes as well as strongly promote digital music distribution and its attendant benefits to both artistes and subscribers.”
Countries from Africa who were well represented at the event include Nigeria, Sierra Leone, Kenya, South Africa and Congo.

African stars who thrilled the crowd include Beso Cantina, Blitz The Ambassador, M.I, and. Bez. Others are Sauti Sol, 2face Idibia, Baloji, Just a Band, Seun Kuti, Spoek  Mathambo, Naeto C, and Chief Boima.Spinlet, in just a few months of establishing its services in Nigeria, is already partnering with a number of popular music oriented platforms such as Industry Nite, Gospel Night Live, Felabration, Samsung/Spinlet University Tour and many others which are all aimed at discovering and promoting music talent.Subscribers can also get access to lots of exciting African music from Spinlet.