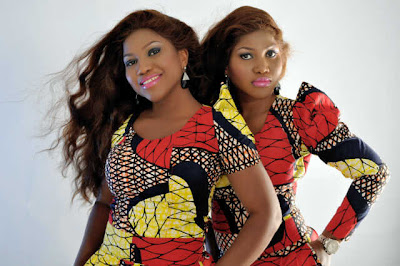 Dide Olorun Mi is a gospel track from the twins latest Album – Destiny Calling. Taiye and Kehinde Oshadipe are sensational and dynamic set of identical twins whose major hobby is performing through songs: Inspirational, Contemporary and Gospel to be specific. Nigerians, born and bred in Lagos but a native of Ondo-State (Akungba Akoko).
They started singing from the church and were formerly called ‘The Angelic Voices’ but later settled for the ‘Oshadipe twins’ when it was time for their debut album.
Oshadipe Twins managed by OConceptmedia OLU (as they are fondly called by fans) have two albums to their credit: debut; ‘Jesus came to Africa’ Produced in 1999 and ‘I am the child of I am’, Produced in 2001.
Chief Segun Odegbami, Late Evang. Sunny Okosuns, Capt. Jide George, Yemi Sodimu among others were charismatic intellectuals that have been instrumental to their Success in the music industry. They have
performed on the same stage with notable artistes both local and international: Michael Bolton, Angie Stone, King Sunny Ade, Evang. Ebenezer Obey, Tope Alabi, Sammy Okposo, Lara George, and the list goes on.
They have also performed in the presence of who’s who in Nigeria, e.g Governor Adams Oshiomole, Governor Gbenga Daniel, Mrs Oluremi Tinubu, e.t.c. Former active members of the popular versatile band ‘Compassion Band’ and a lover of a charity organization (Little Saints Orphanage).
Their muse: life experiences, emotions, family, nature and listening to other talented musicians. Presently out with a new single hit single titled ‘you don’t know’, and presently in the studio for their fourth album.
http://feeds.feedburner.com/OloriSupergal