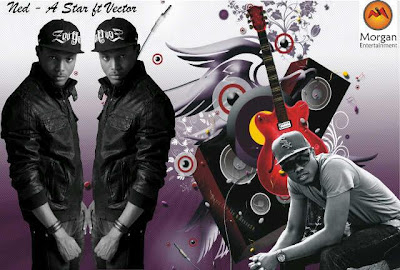 Featured Vector of YSG on this one titled A Star…video set to drop  April 1st 2012 shot by Dede, faze's younger brother.

Chinedu Ogeleka Justin, popularly known as Ned, is a versatile artiste who has started carving a niche for himself in the Nigerian music industry. The Delta state born R & B singer from Obiarukwu Ndokwa west LGA, born into the family of Mr. & Mrs. Ogeleka  , is set to drop three of his hit songs on the radio stations before the end of March this year 2012.

Due to his continuous push of his song and some performances he had during his career as an artiste a United State based record label after listening to some of his singles online listened and saw the potentials of his songs breaking into the entertainment scene and decided to give the artiste, NED a record deal which he was pleased and happy to sign.

Songs due for release are Party De go featuring Mr. Raw and We run the show…..as the third hit single.

The song “A star” is first video release song is telling all Deejays, Air personalities, career personnel's, workers of all works of life that there is a star in everyone when worked on it. Songs produced by Bolji Beatz and mixed n mastered by Indomix.

Morgan Entertainment a company based in the USA wanting to sign good and upcoming talents here in Nigeria in other to support the career of the youths abroad and back home in Nigeria.

His first musical video which was shot here in Nigeria. Also plans have been geared up in doing two musical videos in South Africa so you guys' better watch out for this talented and blessed artiste Ned managed by Fresh Fred for Morgan Entertainment USA.