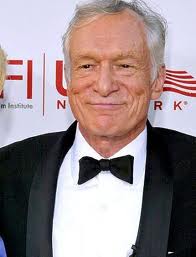 On the night of February 12th there will be many honors and awards given out. But there is one honor above all that matters to Angelwish Founder Shimmy Mehta. That is the “Humanitarian of the Year” award that will be presented to Hugh Hefner at the Playboy Mansion during the evening on February 12th.
The event is a post-Grammy Awards celebration to be held at the Playboy Mansion called “Fame At The Mansion” hosted by Sean “Diddy” Combs.