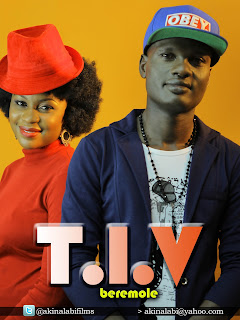 T.I.V is the group that brought you the award-winning song Komole feat. Vector & Provab. Komole remix dropped in September and won the NMVA award for Best Use of Choreography in a video by November 2011. It was the No1 video on Nigeria Top20 Chart for 3weeks. It also became highly sought after by DJs and Veejays who praised it for its unique rhythmic pattern.

T.I.V comprises of Akin & Bunmi Alabi. TIV is now out with a new single titled BEREMOLE which is also
guaranteed to get you celebrating on the dance floor.The song is produced by A2 (Akin Alabi). This is the song to bop to for any one in a celebratory mood.