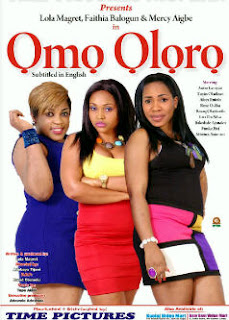 Lola  Margret is set to hit London social scene real hard this Febuary when she premieres her new movie ‘Omo Oloro‘ at the prestigious planet Nollywood on Friday February 10th, 2012 from 8pm.

Already the UK scene is buzzing, expecting the movie and Top Comedian, Mr Latin, is expected to be the MC. And after the premiere, Top Fuji Act, Mr Shefiu Alao, will perform the London premiere. It is packaged by Top UK Promoter, Ade banks. Tickets  goes for 20pounds single and 30pounds double.

‘Omo Oloro’ is a classy movie which stars Fathia Balogun, Lola Marget and Mercy Aigbe.The movie is directed by Award Winning Director Bayo Tijani and already it is getting a lot of commendations from those who have seen the preview.

Young Achievers to Watch Out for in ...