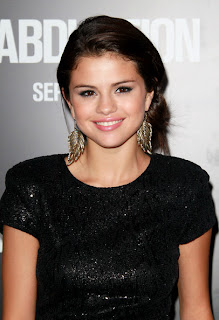 Selena Gomez has been confirmed as the host of the 2011 MTV EMAs.. Justin Bieber’s girlfriend is set to follow in the footsteps of past presenters Eva Longoria,Katy Perry and Snoop Dogg to front the star-studded bash on 6th November at Belfast’s Odyssesy Arena.
Acting as host for the main show, Gomez will be overseeing all the onstage antics, performances, winners and unforgettable moments of the evening.
Selena will also be helping out on the digital front, juggling several duties to engage with EMA fans all over the world, from checking Twitter to sharing behind-the-scenes gossip .
Speaking of her new role, the 19-year old star stated: “I’m so excited to be the host of the ‘2011 MTV EMA’ – it’s a dream come true!”
Gomez added: “This is such a huge event that always recognises the biggest stars in music from across the globe, so it’s a real honour to be MC at this year’s show.”