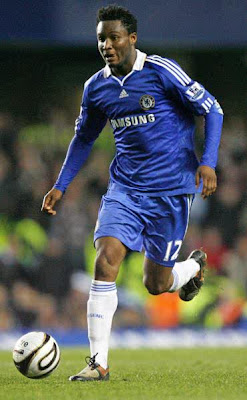 The father of Chelsea and Nigeria star John Mikel Obi has been found alive in the Nigerian city Kano.

Michael Obi was last seen on 12 August in the city of Jos, where his car was found last Wednesday.

Obi Senior told the BBC that he had been kidnapped in Jos before being transferred to Kano.

“I am very stressed,” he said.

His abductors are now in police custody in the northern Nigerian city.

The BBC's Yusuf Ibrahim Yakasai says Michael Obi's face shows signs of the beatings that he says he endured during his ordeal.

“Earlier today Michael Obi called his family to advise them that he had been released by his abductors,” Sport Entertainment & Media Group (SEM) said in a statement.

“SEM have waited until now to release this information, to ensure that Michael was safe.

“John Obi Mikel would like to thank everyone in Nigeria, his family and friends, Chelsea FC and their fans and his agents for their total support during this terrible time.”

During the time of his father's disappearance, Mikel continued playing for Chelsea – starting matches against both Stoke City and West Bromwich Albion.

“I wouldn't want to let the club down and if I didn't play that game I think my mum would be very sad,” the 24-year-old said after playing against Stoke.

On Friday, Chelsea manager Andre Villas-Boas hailed the “amazing mental toughness” shown by the midfielder in the wake of his father's kidnapping