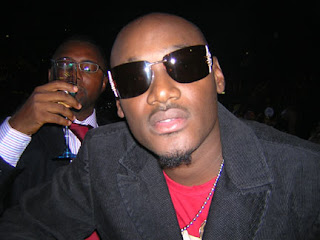 In the quest to fulfill their promise of “a breath-taking production”, Now Muzik, the organizers of TOUCH OF GENIUS: THE 2FACE IDIBIA TRIBUTE is working assiduously to wow their audience at the event scheduled for May 28, 2011 by 4pm .

The Touch of Genius (T.O.G) organizers have confirmed consent from over a dozen participating artistes who would perform various renditions of 2Face Idibia’s numerous tracks. Breaking the divides between generations and genres, these shortlisted artistes cut across the old and the new breed. However, their identities remain undisclosed.
“It’s our little secret. Even the honoree does not have the foggiest idea about their identity,” says Efe Omorogbe, C.E.O Now Muzik.
Already, weekly sweep-stakes that afford fans the opportunity to win free T.O.G tickets is ongoing via Beat FM and One Music – the event media partners. The organizers have also incorporated as teaser the viewing of Champions League Finals to precede the T.O.G After-party.
2Face Innocent Idibia who is currently on a tour to London and Europe sees this honor as inspiring.

“I feel very blessed. I feel really inspired to put-in more. It’s not every day one gets honored this way. I have received a number of awards but not like this. I feel really blessed,” says 2face Idibia whose recently recorded theme song Man Unkind for FASPAC (Fake And Substandard Products Awareness Campaign) has flooded the air waves.

TOUCH OF GENIUS: THE 2FACE IDIBIA TRIBUTE scheduled for 4pm, May 28, 2011 at the exquisite Scintilla on Lekki-Epe Expressway, Lagos with support from Beat FM and City People, promises to be the most celebrity studded event in honour of any artiste.