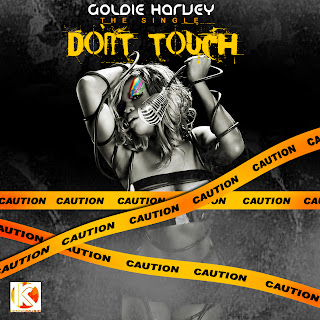 Goldie and Baba dee had some not-so-nice things to say about each other on twitter somedays ago.
Soundsultan’s brother , baba dee on Wednesday launched an attack on female singer, Goldie on twitter, saying “This Goldie girl should stop singing,”. He tweeted further, “I beg o, no beef intended. Make una no retweet me o. I just yarn after I hear one mumu song.”

Goldie later replied Baba dee’s tweet,“LMAO. A lot of people think you should stop singing too or is it rap you do sef? I can start helping you mention names. Big industry names who said they have no idea of what you are singing/rapping about and you should pack it in i.e give it up. But that is their opinion. Why should you quit what you love doing just because of other people’s opinion? Did you come to this world because of them? No. You came to life for yourself.”

She tweeted again  “With all due respect, an artiste who hasn’t had a single radio hit since 2000 (over 11 years ago) shouldn’t be heard trying to put other artistes down. Enjoy yourself and be who you want to be. So, no one should put you down. No one can put me down either. Music is my passion. I do it till I kpai (die). Remain blessed.”