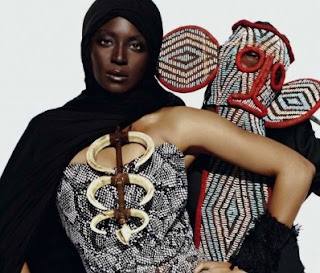 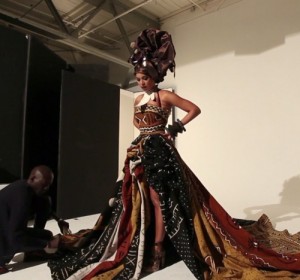 Designer Tina Knowles, who is also Beyoncé’s mother, created a one of a kind couture piece. The designs are all reflective of the African influence on fashion this season.
Miss Knowles poses with royal allure. A queen, a goddess, Beyoncé is a bombshell beauty with a divine voice. We’re thrilled she’s opening a season of celebrating the 90th anniversary of L’Officiel de la Mode.
The series was conceived as using art and fashion in paying homage to African queens.

Beyoncé mentioned the artist Fela Kuti in the interview as one of her musical inspirations. It was later misquoted as the inspiration for the shoot. We would like to clarify that it is not the case.

As for the artistic makeup, the inspiration came from several African rituals during which paint is used on the face. We find the images beautiful and inspiring.
L’Officiel would like to thank Beyoncé for her outstanding contribution to this celebration of African influences in Fashion. 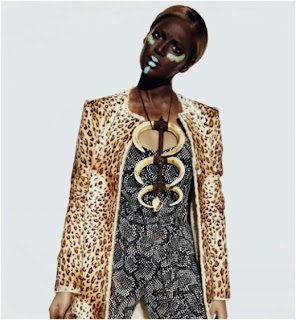 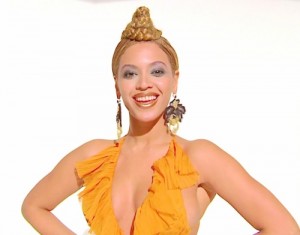 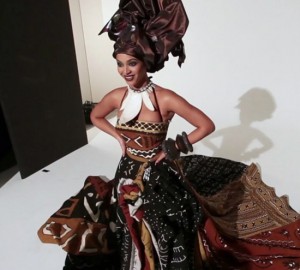 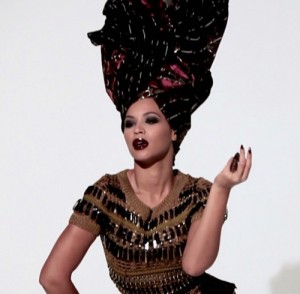