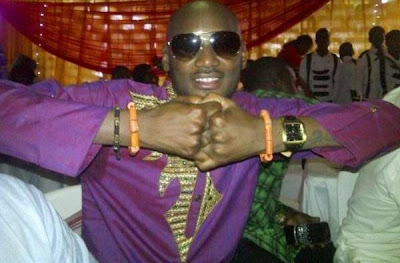 The 37-year-old musician Innocent Idibia who celebrated his birthday Last week was honoured by the Oba of Benin kingdom, Oba Uku Akpolokpolo Erediauwa in Edo State on September 29, 2012 in Benin.

The event which celebrated the ‘Oba of Benin as a Preserver‘ was attended by a number of personalities invited by the Oba. 2face took to his Twitter page to show off his beads while he wrote;

‘Oba of Benin just gave me some royal beads! I’m so excited and honoured! One love 2 Benin kingdom’.