Who could Wizkid be reffering to in his ‘frog voice tweet’

We cant help but wonder tho, what prompted the tweet from the artiste, Everyone seems to be dragging the baddest musician, Davido into this. Wizkid didn’t direct his tweet to Davido but if it’s really for the baddest himself, What a sub !!!!!

Davido’s fans seem to be coming at Wizkid, telling him to bring Drake closer and in his videos and also asking why Wizkid didn’t tell Drake to increase the volume of his verse in the song ‘ One Dance’ 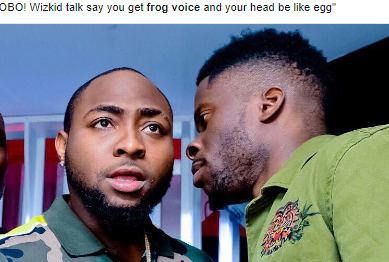