Tiwa Savage, Falz, KSA and The 5 Cool Things You Missed At The One Lagos Fiesta Finale (Photos)

The One Lagos Fiesta celebrations have come to an end, closing with the biggest New Year’s Eve countdown Nigeria has ever seen, and it was truly epic.

However, for those who missed out on the event, here are 5 things they’d wish they had witnessed live.

From King Sunny Ade to Lil Kesh, Tiwa Savage to Olamide, most of the biggest names in the industry were on ground to thrill and entertain the crowd.

For millions of Lagosians who have never had the opportunity to meet the state Governor, the finale was the perfect opportunity, as the governor not only made an appearance, he also addressed the people of Lagos.

Nothing beats sharing one voice with millions of people, watching the seconds tick away on 2016, while ushering in 2017 to an amazing display of fireworks that is unrivaled in the country.

If you’re familiar with Lagos, then you’ll know the famous ‘three wise men’ or Agba meta statue. Interestingly, that statue made an appearance at the finale, and thrilled the crowd with moves from Michael Jackson’s ‘Thriller’ courtesy of the dance group Dance Na The Main Thing.

Nothing sets the tone for a great night better than music, but having the best of the best Nigerian DJs under one sky was just downright amazing! There really are no words to describe the experience. 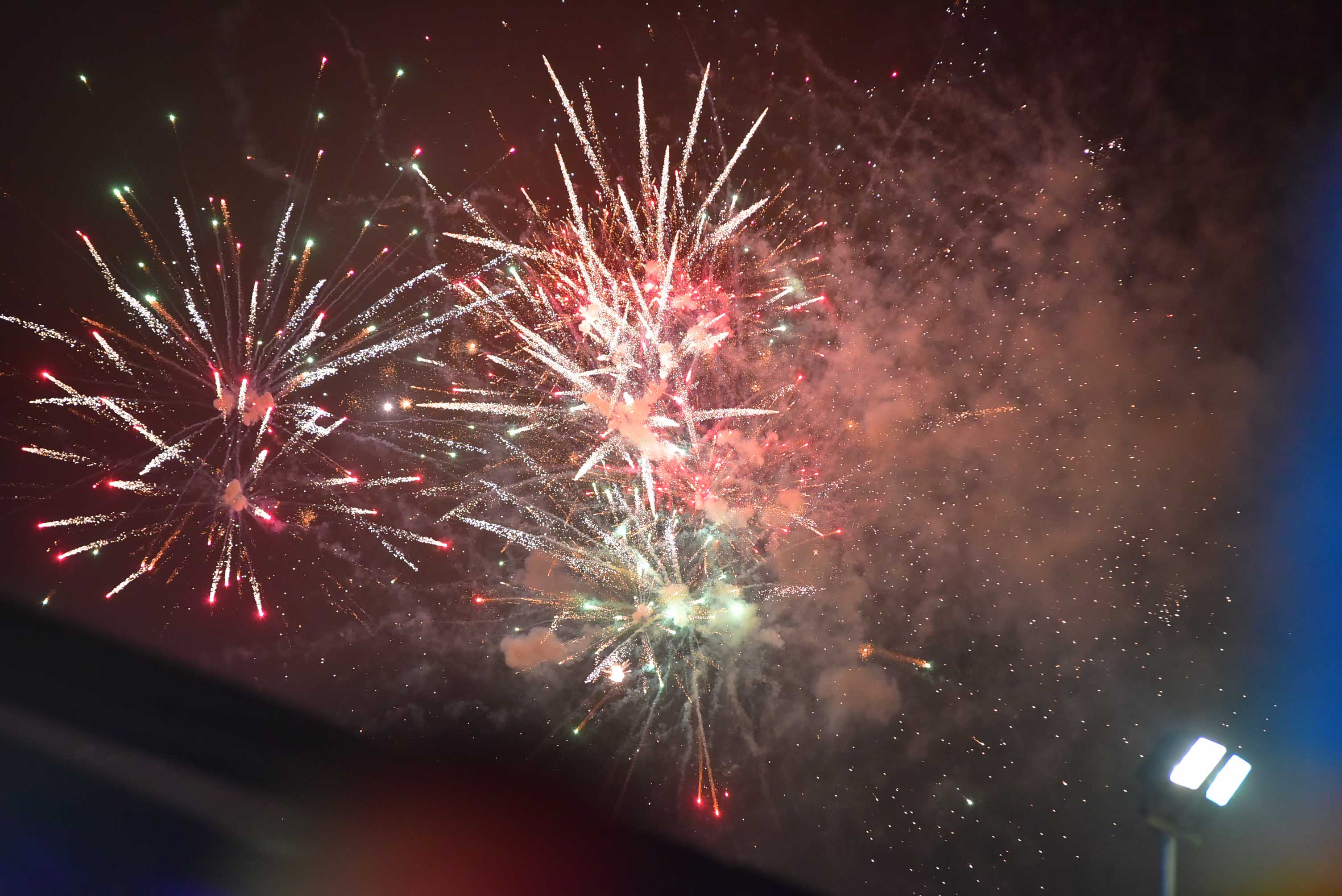 Funke Akindele Joined By Friends As She Launches New House