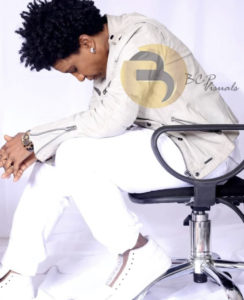 Weird Mc rose to fame over two decades ago, when she released the album, ‘Simply Weird’ which had the hit single, Allen Avenue.

In 2006, Weird MC released her sophomore album, ‘After Da Storm’ which featured another hit single titled, ‘Ijoya’ which was produced by Don Jazzy and JJC. The album earned her the Best Pop Album at the 2007 Headies, and AMEN award for Most Pop Song, and a Channel O Music Video Award for Best Special Effect and several other awards.

Born in the United Kingdom, Weird MC who hails from Ogun State raps in Yoruba and English and her lyrics send a strong social commentary.

Weird MC took to her Instagram page to celebrate her special day.