“We Will Not Mobilize Corps Members For War” – NYSC 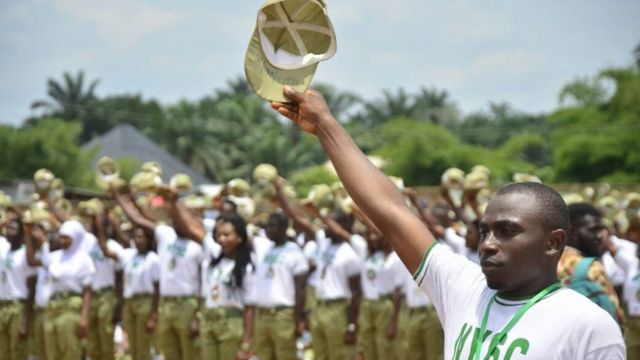 The National Youth Service Corps (NYSC) has said that it is not mobilising corps members for war.

The NYSC Deputy Director (Publications), Emeka Mgbemena, made the clarification in a statement titled, ‘Rebuttal: No corps member is being mobilised for war’, issued on behalf of its Director (Press and Public Relations), Adenike Adeyemi.

“This is to clarify the misrepresentation of the NYSC Director- General’s recent interview with the media currently trending on the social media.

The Director-General had stated that in line with the National Defence Policy, corps members are like soldiers on reserve, because their education, exposure and sophistication, can make them easily adaptable to military training.”

BBNaija’s Tacha replies those advising her to ...