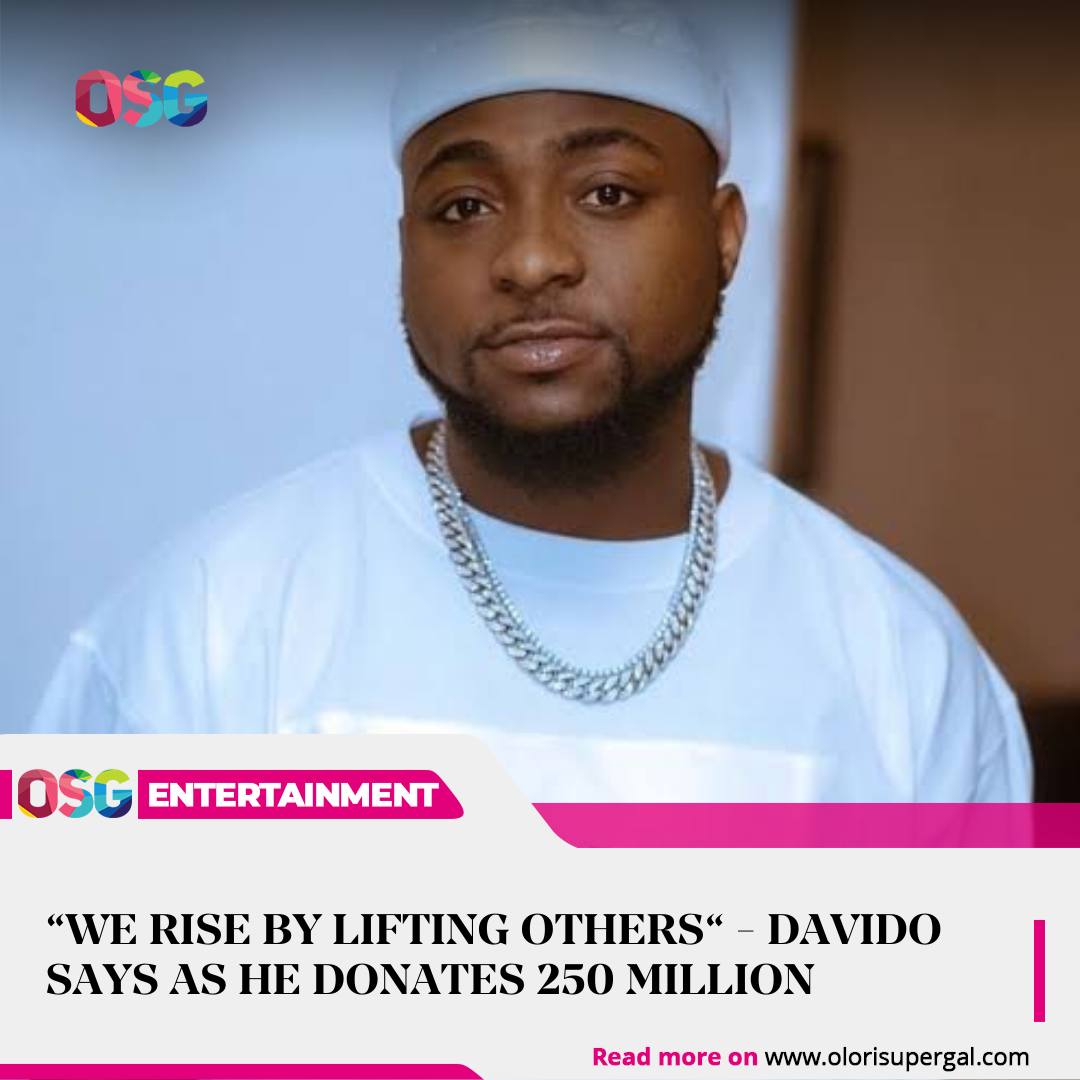 Singer, Davido donates 250 million naira to all orphanages across Nigeria.

Recall that on Tuesday night, 16th November, Davido tasked his friends through his Instagram story, to gift him 1 million naira each ahead of his 29th birthday set to take place on 21st of November 2021.

According to the latest update, over 200 million naira has been deposited into his account in less than 48 hours.

The singer who will be 29-years-old tomorrow, 21st November 2021, set up a five-man committee to handle and monitor the disbursement of the donations to various orphanages around the country.

He also wrote in his statement, his desire to make this a tradition every year on his birthday and hopes his colleagues would continue to support him.

Read his statement below,