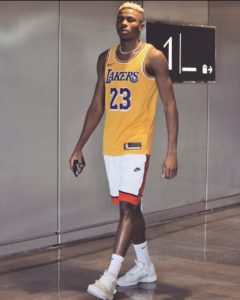 Victor Osimhen, Super Eagles Striker, mourns his dad as he announced the demise of his father at the age of 80 after a brief illness via his Twitter handle. The Nigeria Football Federation and the Minister of Sports and Youth Development, Sunday Dare sent their condolence messages to the player concerning the death of his father.

His football club, Lille, has also sympathized with him by giving him a private jet to be able to fly back to Nigeria for his father’s burial. The President of the Nigerian Football Federation, Amaju Pinnick, has said that the organization would apply for a landing permit for Victor Osimhen to be able to fly into the country for his father’s burial.

HOW TO DO YOUR MANICURE AT HOME