Aliko Dangote is the founder, president, and CEO of Dangote Group. Founded over 30 years ago, the group’s interests include the production and distribution of cement, sugar, flour, and oil, as well as real estate development. Dangote set up the Dangote Foundation in 1993 to drive his corporate social responsibility initiatives, endowing it with $1.35 billion in 2014.

On April 22, Alhaji Aliko Dangote, who had earlier in the year joined the illustrious alumni of the bold and courageous, the good and the great, was hosted to public presentation of the prestigious recognition. The event took place at Wheatbaker Hotel, Ikoyi, Lagos.

The cocktail was immediately called to order and the event kick-started with the welcome address by Lady Maiden Ibru which started by 6pm.

According to the publisher, The Guardian saw early on the need to single out trailblazers as worthy examples for the society, which necessitated the institution of the Man of the Year Award, to celebrate individuals and groups that have made the greatest impact in the lives of the people, nation, continent and the world at large.

Explaining the rigorous process that culminates in the eventual unveiling of the Man or Person of the Year Award, she said the exercise, which usually begins in the Editorial Board with nominations by members, is followed by weeks of debate, during which a shortlist of candidates is drawn up.

“There will be more scrutiny and debate at the end of which two candidates emerge as top contenders. Further debate and due diligence take place and finally, the best candidate is chosen, usually unanimously. The Man of the Year is then announced in The Guardian on New Year day, she explained.” 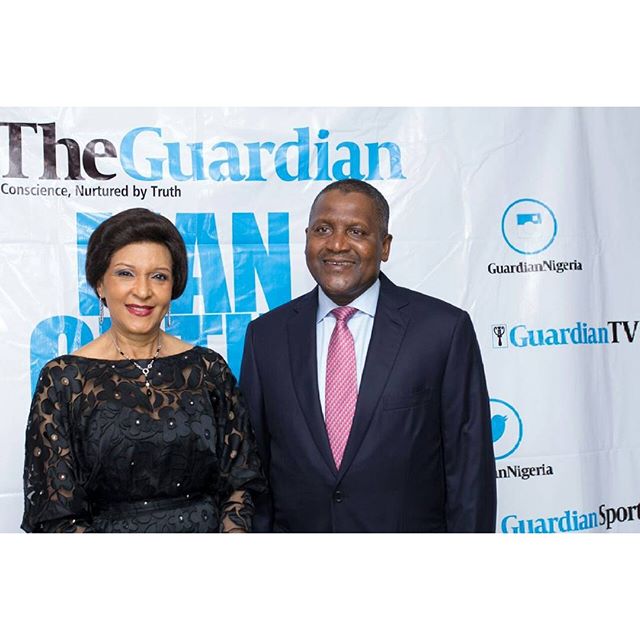 Speaking on the choice of Dangote for the award, Mrs. Ibru said the highly successful entrepreneur was an easier pick. “In our estimation, he stood shoulders higher than others in his bold efforts to become the builder of modern Africa, to create jobs for our teeming population and courageously confront conventional wisdom that says an African entrepreneur stands no chance when pitched against multinational firms from Europe, North America and Asia.”

“In the process, Alhaji Aliko has rewritten the form book that indicates that Africans would rather patronise western and Asian firms than one of their own. In choosing Dangote, The Guardian is making a poignant statement about the role of the newspaper in the society. One of which is identifying heroes and publicise good examples as a way of redirecting the values of the society. This is what The Guardian has sought to do with the personalities chosen over the years.”

In his remarks, Dangote said he had received three awards this year and the one from The Guardian stood out from the three beating the two other awards from Forbes. According to him, the Forbes Award was about his worth monetarily which does not matter to him because he would rather work hard than somebody telling him his worth, because “I know what I am worth.”

He noted that feats by indigenous investors are often times not recognised by their countries and in the local media, thus making The Guardian award notable and commendable.

According to him, despite being the single largest investor in the nation’s economy, Dangote Group is exploring new areas of investments where needs in the society can be met while expanding its investments in the oil and gas industry through its petrochemical plant.

“When we announced our plans and target of one million metric tonnes of Cement capacity, we were seen as unserious, but today, we receive letters from different countries to come and invest. We are considering investments in essential commodities to meet needs of our people,” he revealed.

“I don’t know how The Guardian Newspapers got their ranking criteria, but I must say it is commendable considering that we are never appreciated at home. I don’t need an award to tell me how much I’m worth or being among the powerful people in the world. This recognition is highly appreciated.”

“What we have achieved with our investment in the Cement industry is to drop the price of Cement. Presently, our sales volume is about 45 per cent but we are targeting a sales volume of 70 per cent by the end of 2016. The gas pipelines we are trying to build will be the biggest in the country surpassing Federal Government’s own”, he added. 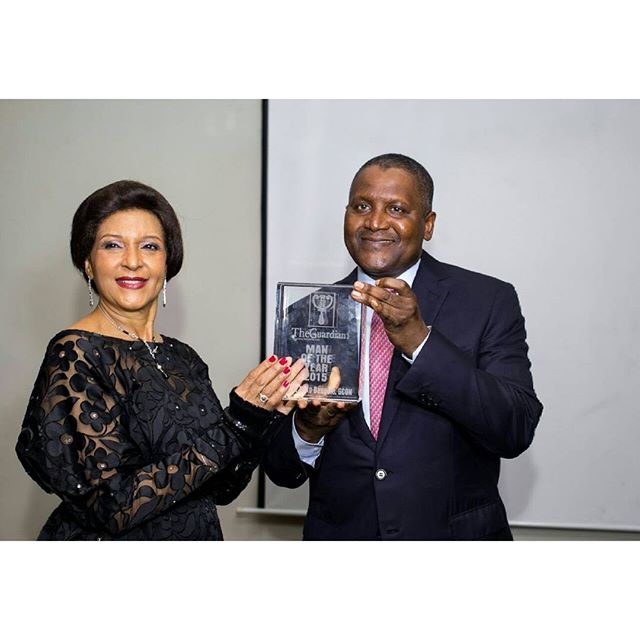 Grab a copy of The Guardian and read the feature on Ajibade Oluwatosin, Founder Olori Supergal and Funke Abimbola, award winning solicitor. 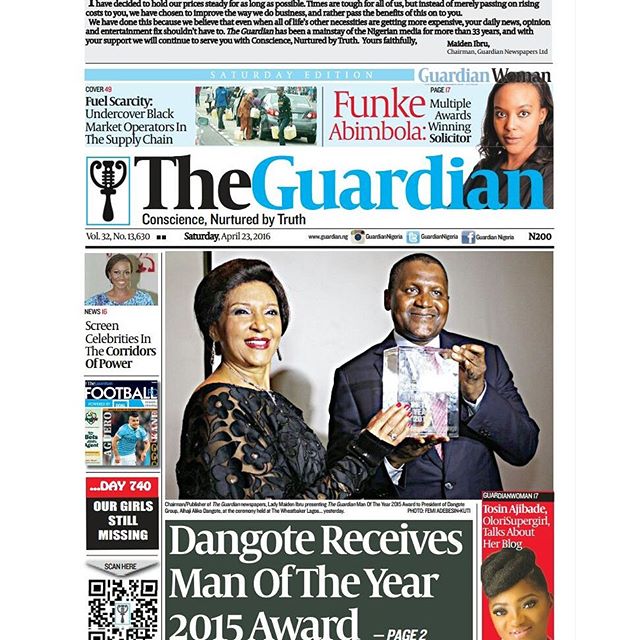 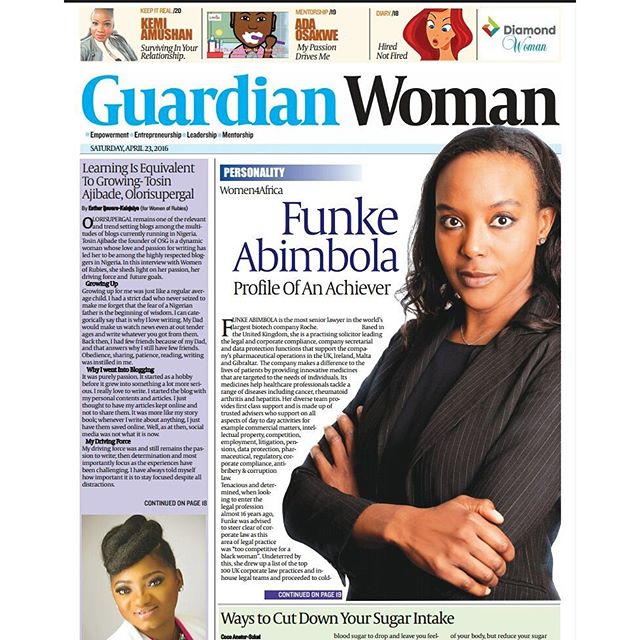 First photos From Walk For Hope In ...

OLX Launches Do It For Me Service ...