Skepta’s home-coming to Nigeria has gotten him a chieftaincy title from his original home town in Ogun state. 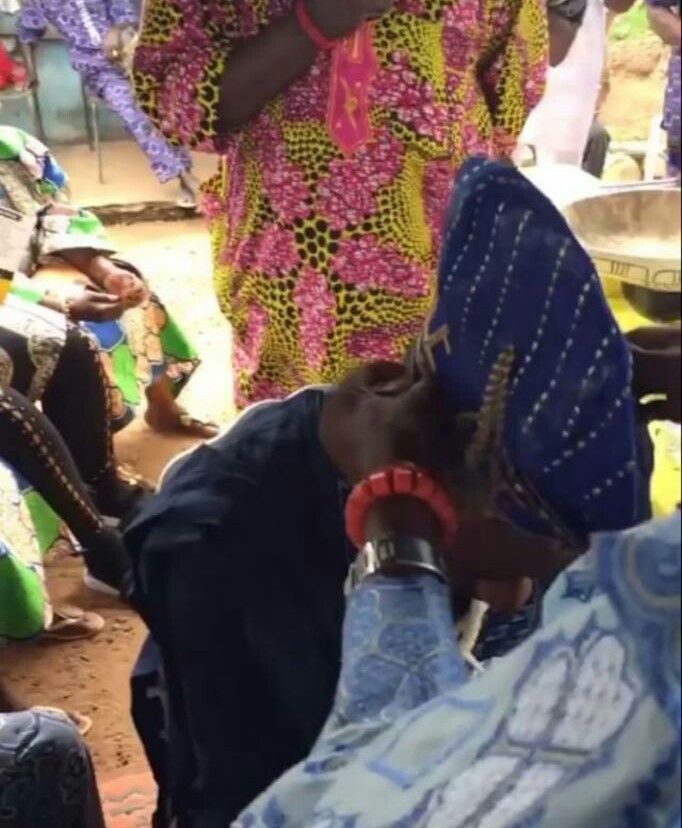 Joseph Junior Adenuga better known by his stage name Skepta, is an English grime artist, rapper, songwriter, record producer and music video director.
Skepta is the latest celebrity to be conferred with a chieftaincy title and this time in Ogun state.
According to a twitter handle @maxImeaner who posted photos of the event which took place in Ogun state, the rapper was given the title of “Amuludun of Odo-Aje.”

The event which took place at Odo-Aje on Wednesday, April 4, 2018, saw the UK born rapper wear the traditional Agbada and was flanked by chiefs from the community.
Adenuga released his debut studio album greatest Hits in late-2007 and his second, Microphone Champion in 2009, both independently, while his third studio album Doin’ It Again was released in 2011 by AATW. His fourth studio album, Konnichiwa, was released on 6 May 2016 to critical acclaim, winning that year’s Mercury Prize. Skepta’s brother, and labelmate is the well known grime artist Jme. They have collaborated many times, most recently on his album Konnichiwa.
Congratulations to Skepta.

JAY Z REVEALS HIS REACTION WHEN HE ...