Two suspects who are also brothers, Nehemiah Adejo and David Adejo have been arraigned in Kaduna before a Chief Magistrate Court in Kaduna state over the death of the first Nigerian female combat pilot, Officer Tolulope Arotile. 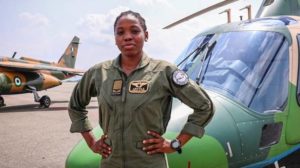 After much persuasion from the Defence Counsel, Ibrahim Omachi, the presiding Magistrate, Benjamin Hassan granted the two accused persons bail in the sum of N1million with two sureties who must be resident within the jurisdiction of the court and possess Bank Verification Numbers (BVN).

The case was adjourned to August 24 and 25 for accelerated hearing.