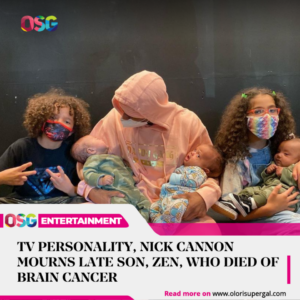 Recall that Nick announced on his Fox daytime show that Zen Cannon passed away on Sunday, 5th December 2021, due to a form of brain cancer.

Mourning his son after a month, Nick shared a picture of Zen and his other children and wrote,

“Still missing my little dude… His Spirit and brightness were soo strong #ZensLight.

“To be absent from the body is to be present with the Lord”. 2Corinthians 5:8 The whole family, We ALL miss you, young King! Forever Our Angel!”