King Invincible is a Nigerian epic film that tells a sprawling tale of love and war. A handsome warlord, Taari (Tope Tedela) is fast transitioning into a wolf due to the curse of the dogs that has been placed on him. He must immediately find the cure to this curse or be forever damned. 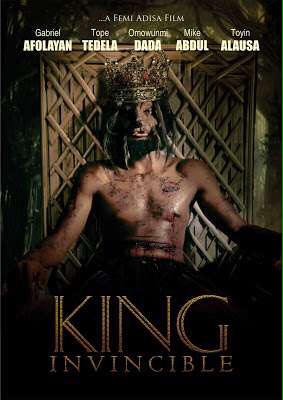 The plot thickens when he discovers that the prince of the village, Adetiba (Gabriel Afolayan) will stop at nothing to prevent him from getting the cure he desperately needs. Meanwhile, princess Morenike (Omowunmi Dada) who is desperately in love with Taari, goes against her brother and goes beyond limits to get the cure for her betroth.

The movie is expected to premiere later this month.