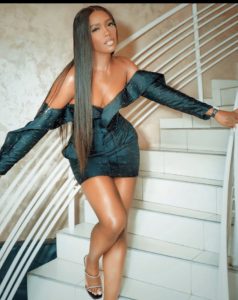 Tiwa Savage, Nigerian music artist and songwriter has voiced out her opinions on the afrobeats music industry in Africa. She acknowledged the efforts of male afrobeat singers in the music industry, who have indeed changed the music game by singing from the male perspective.

This was during the Africa Now Radio Show hosted by DJ Cuppy on Apple Music and she further stated that she is making afrobeats from the women’s perspective, such that women would be able to find her songs relatable because they have been through the emotions that accompany the music.

She said, “There are some things that I need to put on some afrobeat that my girls are gonna be like… what. Like I want to show our vulnerable side. I want to go to concerts and girls are singing their hearts out because they have been through this emotion. But it’s still on Afrobeats. I want to sing songs that make girls go sexy or sensual or make them want to be a boss but also vulnerable. Like we need to speak, our story needs to be told.”

Tune in LIVE on @AppleMusic ? NOW! Queen @TiwaSavage is my special guest this week and the gist is HOT! ??? #AfricaNow Radio Episode 7 pic.twitter.com/7oFg6wIAh0