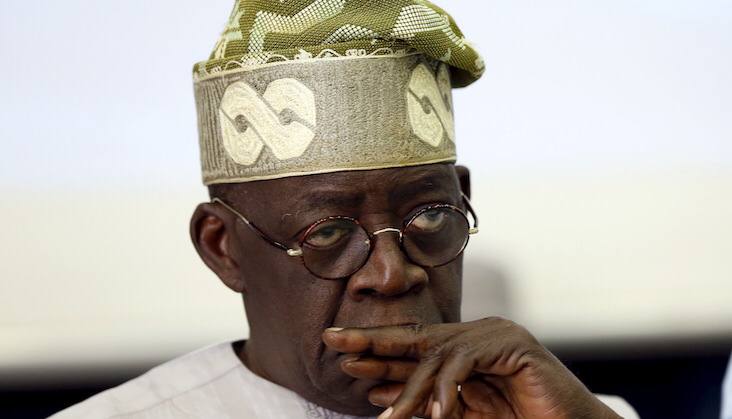 The Economic and Financial Crimes Commission (EFCC) disclosed that former Governor of Lagos and national leader of the All Progressives Congress (APC), Bola Tinubu, is under investigation.

This is according to the Chairman of the anti-graft agency, Abdulrasheed Bawa.

Bawa said: “Investigation is ongoing. When you are investigating matters like this, they don’t end in a day. Thousands of investigations are going on, on a daily basis.”

Bawa added that the EFCC won’t engage in media trial.

Recall that Tinubu has been accused of controlling the finances of Alpha Beta Consulting and for using the company to divert Lagos State funds.

Also, In 2011, the Code of Conduct Tribunal (CCT) tried and acquitted Tinubu for allegedly operating 10 foreign bank accounts during his spell as governor from 1999 to 2007.