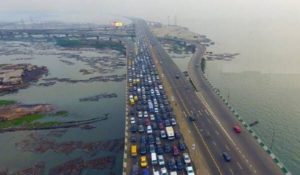 The Lagos State Government has announced that the alternative routes to be used during the closure of the third mainland bridge have been fixed. This was announced in a statement from the office of the ministry of transportation in Lagos state, and signed by Mrs. Bolanle Ogunlola, the head of the Public Affairs Unit of the ministry.

The Lagos State Government has earlier announced that the third mainland bridge will be closed from July 24 for six months so as to repair the worn-out expansion joints of the bridges. The State Ministry of Transportation has however revealed that the alternative routes: Iddo inwards Carter Bridge, Market Road inwards Herbert Macaulay Road and Herbert Macaulay Road by Abeokuta Street as well as Herbert Macaulay by Cemetery and Apapa Road inwards Oyingbo have all been fixed. Road users have also been urged to comply with the Federal Road Safety Corp directives as well as the Lagos State Traffic Management Authority guidelines in order to reduce traffic and ensure the safety of all road users.