There Is Nothing Wrong In Having An Open Marriage – Ebuka Uchendu’s Wife, Cynthia Claims 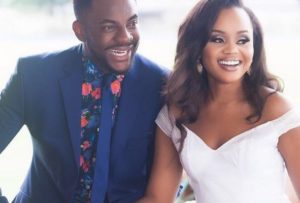 Cynthia Obi-Uchendu, the wife of popular media personality, Ebuka Obi-Uchendu has sparked a major uproar on social media with her acceptance of ‘Open Marriage’ as another ideal way to live together as husband and wife.

After the August Alsina and Jada Smith open affair which Jada confirmed, she added her voice to an online debate that open marriage does not harm to marriage.

“I’ve always said that there is absolutely nothing wrong in having an open marriage”.

Celebrating Olu Jacobs As He Clocks A ...