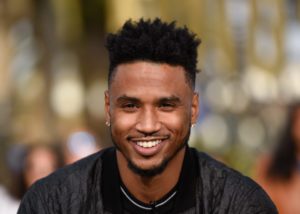 American RnB Singer, Trey Songz has sent a message to Nigerian President, Muhammadu Buhari saying he is described as full of shit.

The singer who supported the recent #EndSARS protest through social media sent the message to President Buhari shortly after he tweeted that he held a meeting with the IGP over a possible reform of the police to put an end to the police brutality and unethical conducts.

“The People Say You Are Full Of Shit fam” 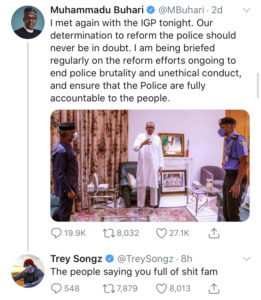 Remember To Use This Same Energy To ...