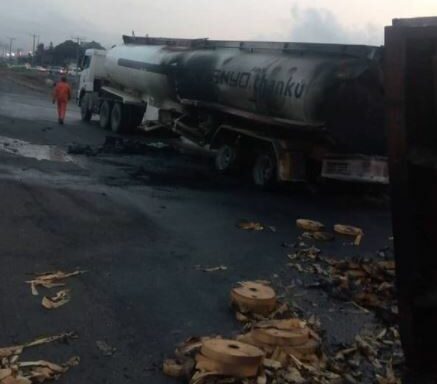 Seven vehicles were engulfed by fire following an explosion at Otedola Bridge in the early hours of today, Saturday, March 27, 2021.

Otedola Bridge ?
The Fire involving Seven Vehicles at the Otedola Bridge area has been doused by @LagosRescue as mop up is being concluded now with @lasemasocial details soon pic.twitter.com/BRnIXmiMVl